To answer your first question: "what does SS stand for?" Well, if you're a guitarist...you know. SS stands for "Single-coil Single-coil". It's the standard pick-up setup on a Telecaster style guitar. And to answer your second question: yes, this was very much derived from my HSS model! The HSS Strat and SS Tele share a lot of DNA, but where the HSS Strat style guitar is arguably the most versatile guitar with super smooth, glassy tones, the SS Tele is it's looser, twangier, energetic cousin. The SS Twin pays homage to that tonal palette, surfing fast, naturally loose & with tons of personality.

Thanks for sticking with my (hopefully poetic) inner thoughts & brainwaves. Now let me explain the SS in nonmetaphorical terms.

Though its namesake is for the guitar, one of my first customers who ordered the SS told me it must stand for "Something Special" after surfing it. It shares a lot of core similarities as the HSS (so be sure to give the HSS description a read) but instead of that glassy-smooth, super fluid ride, the SS feels more lively & energetic underfoot. It not so much the style of surfing that differs from the HSS as the ride-feel itself. One fin in the center versus two on the rail. The SS naturally feels faster & looser, meaning that it wants its surfer to be a little more active and feels more dynamic underfoot as well.

The core dimension sets are identical, though there are design differences from the HSS to adapt it to the twin fin setup perfectly. The subtleties include a bit more nose rocker, a touch less tail rocker and adapted exit curve, and slightly more down-shaped rails. The more brazen adaptations are a semi-flat deck and bevelled rail for more instantaneous responsiveness and quad radiating channels between the fins & out the tail.

Order the SS if:
⬩ An even balance of paddle power, speed, glide, agility & performance are important for this board.
⬩ You prefer a looser & energetic feel rather than a super smooth & controlled feel.
⬩ Versatility across a wide variety of wave sizes & shapes.

Consider the HSS if:
⬩ You prefer a super smooth & controlled feel rather than a looser & energetic feel.

Consider the Groove if:
⬩ Paddle power, glide & soul are more important than performance & agility.
⬩ You like to sit as far outside as possible to catch waves as early as possible.
⬩ Walking the board and cheater-5s/noseriding is important for this board. 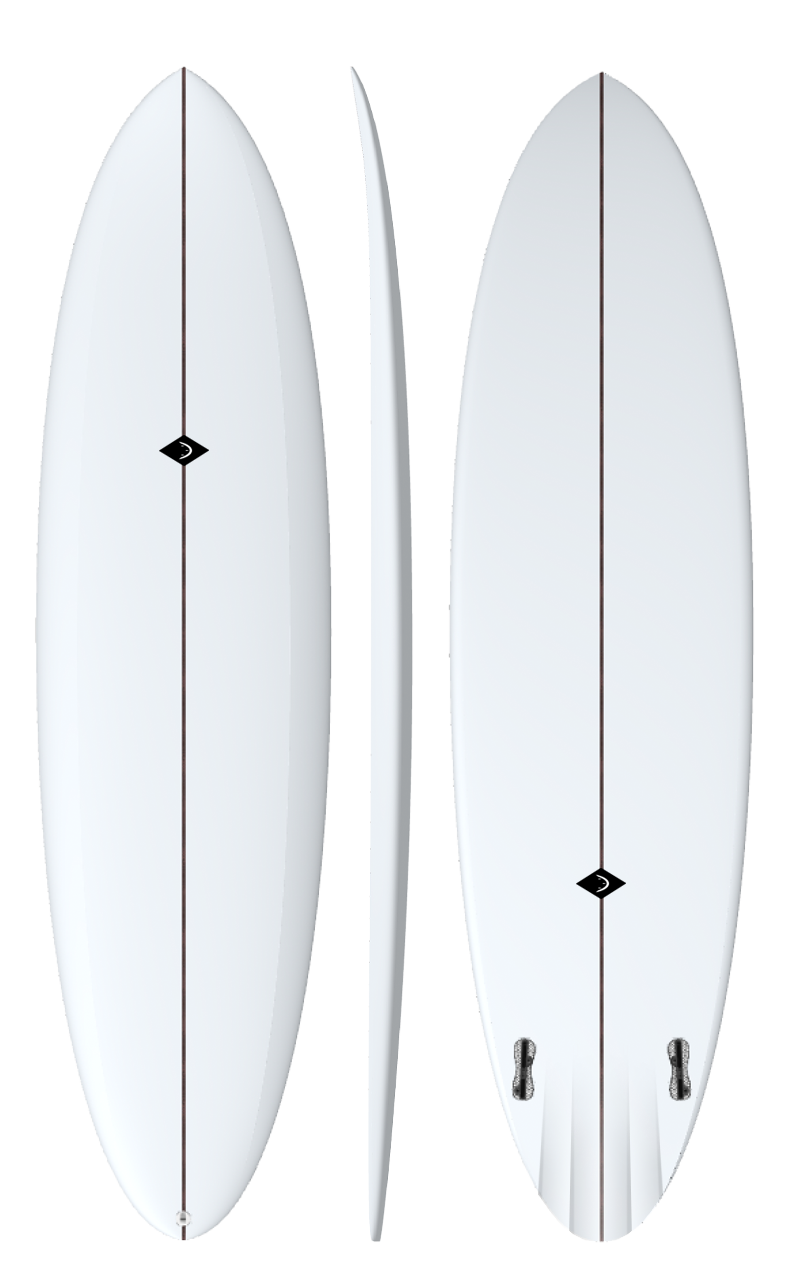